The surrounding neighborhoods of West Seattle are rich with wonderful parks and open spaces. But right at home, within High Point's boundaries, residents are connected by a variety of safe, beautiful parks and recreational areas. 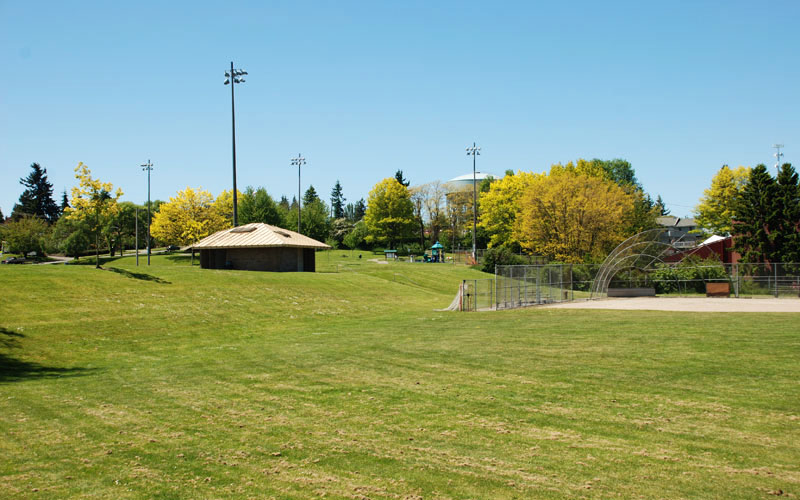 The three and one half-acre central Commons Park is the heart of the community. A bioswale that treats storm water runoff runs thru the center of park. The Neighborhood Center is located in the park as well. The open space includes playground facilities, a playfield, picnic areas and meandering walking paths connecting to all bounding streets.

The three-acre pond park at the north end of High Point plays an important role in the natural drainage system. It also features walking paths, benches, a recirculated waterfall stream, and public art.

We also have the eight-acre Walt Hundley Playfield to the south, and five neighborhood parks of about ½ acre each—with playgrounds, sitting areas and other amenities. Many connect to trails.

Finally, 20 "pockets parks" on residential streets fronted by houses provide more open spaces, each one a little different and reflecting the unique character of that section of the community. Pocket parks include benches, play spaces and mailbox shelters. 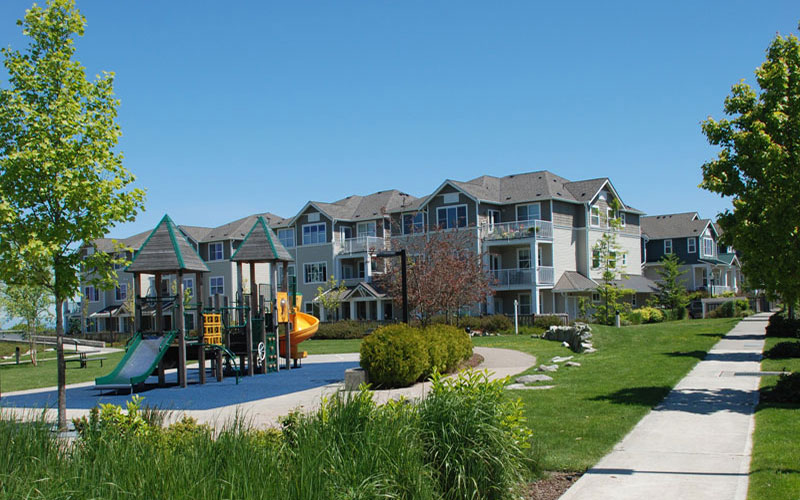 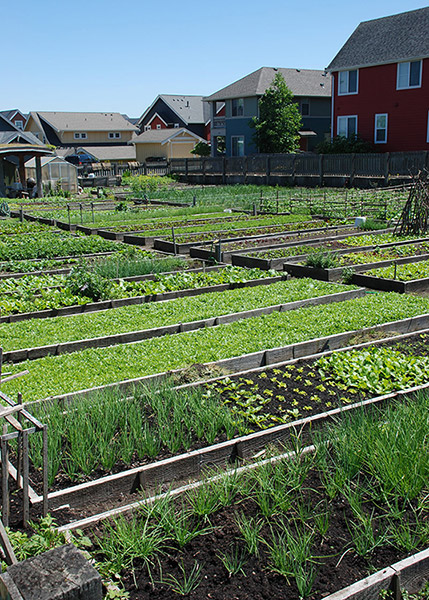 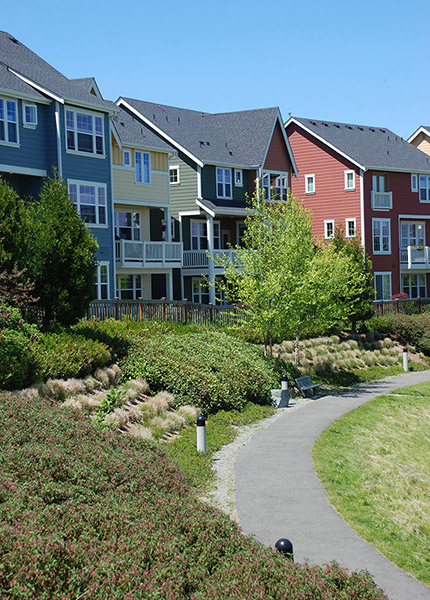 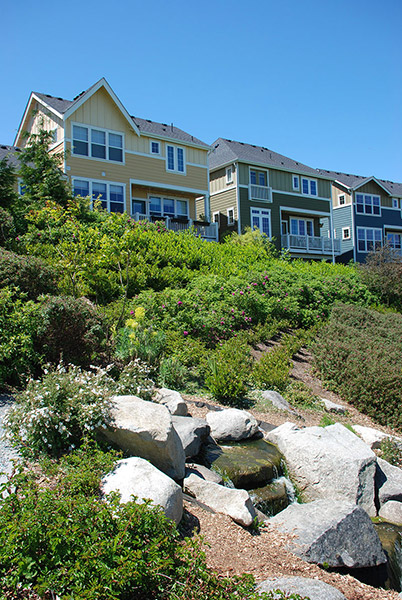 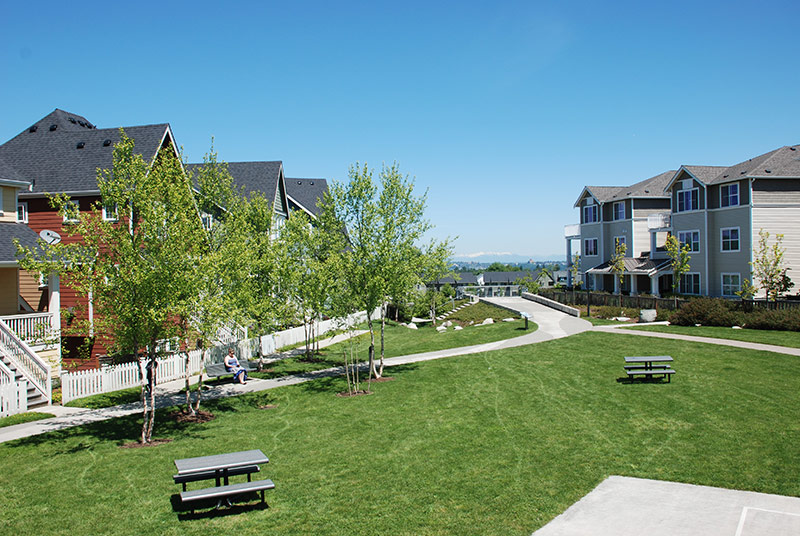 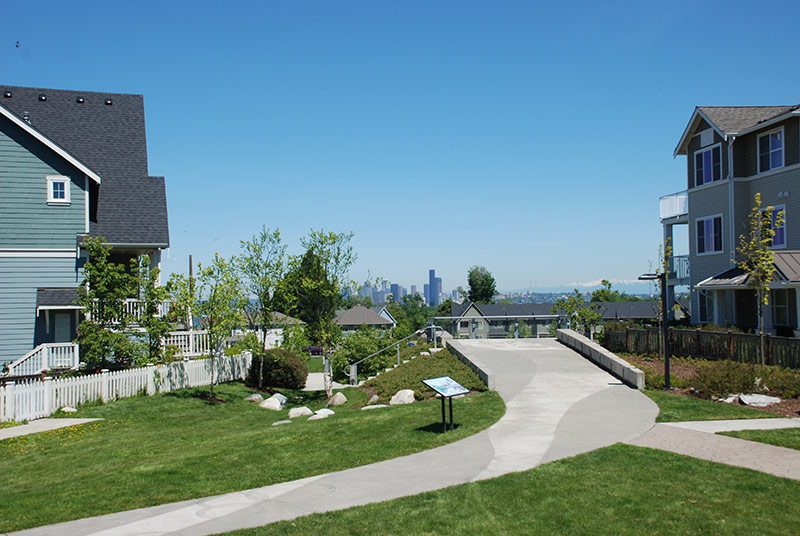 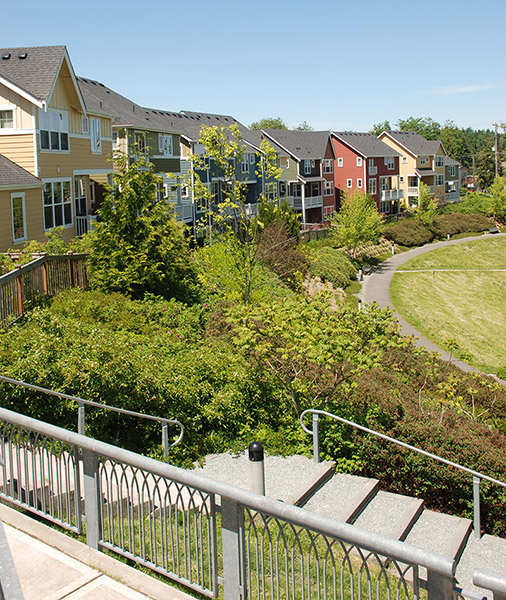 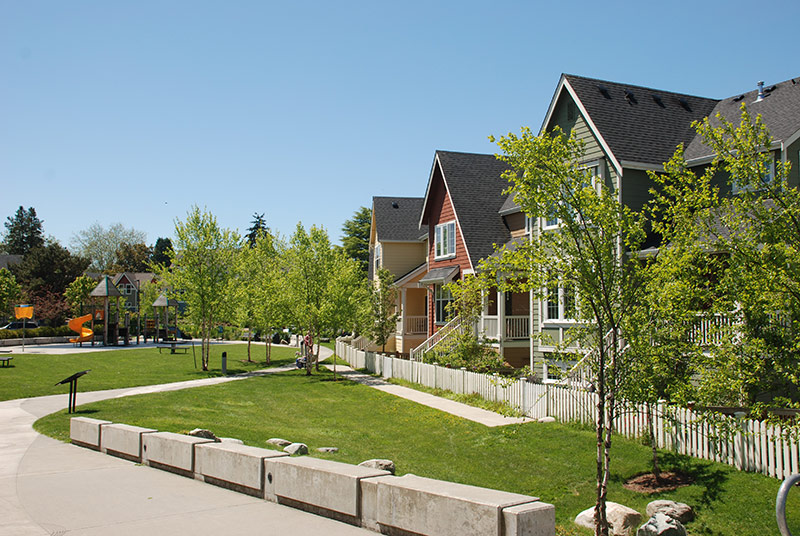 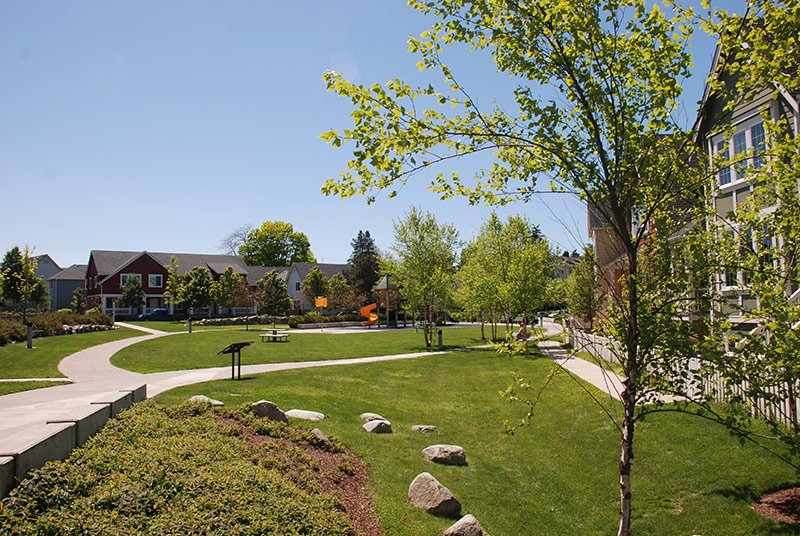 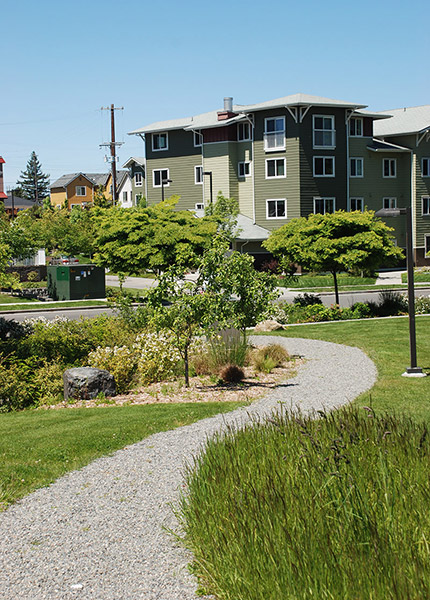 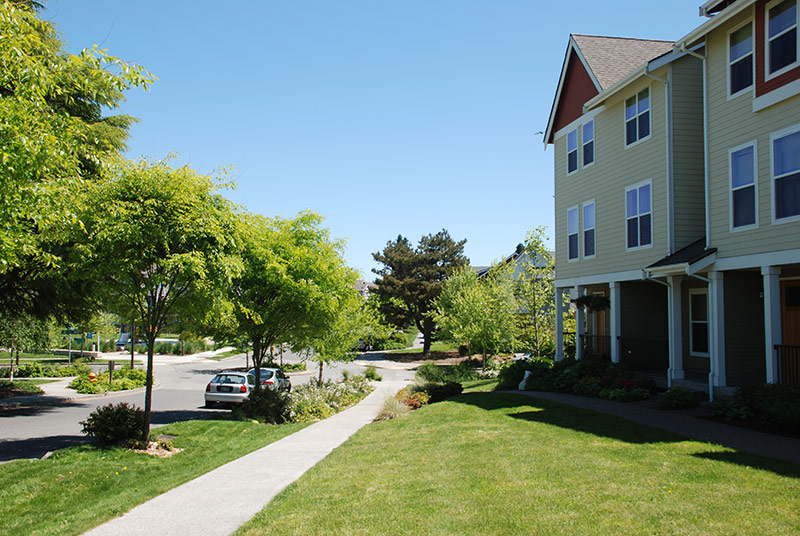 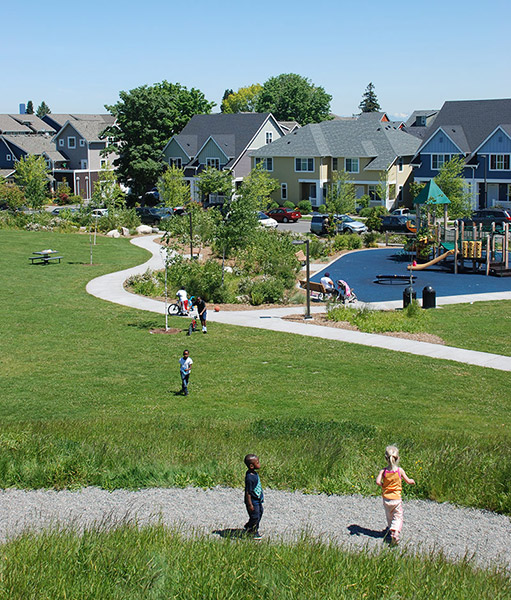 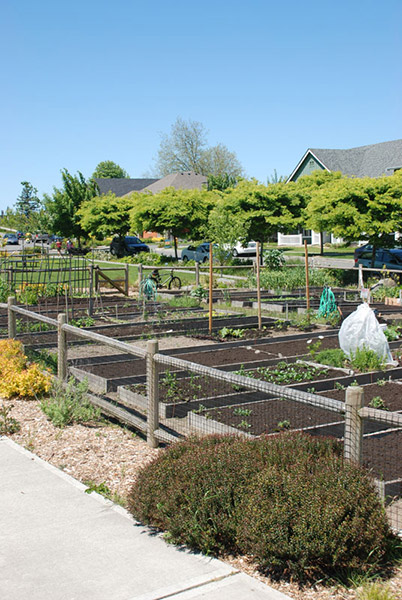 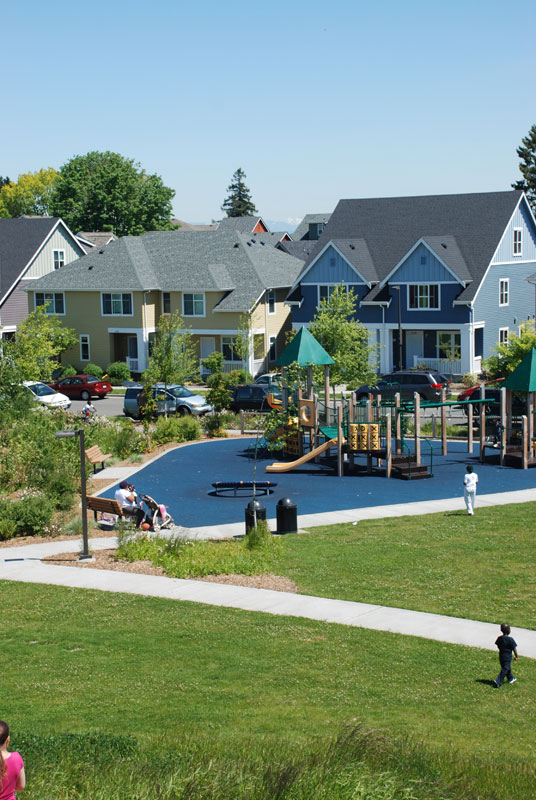 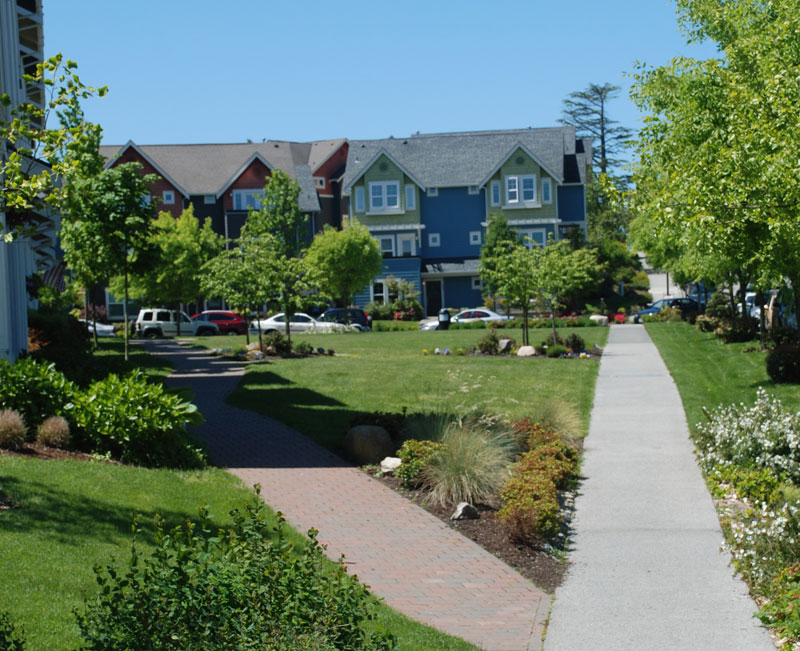 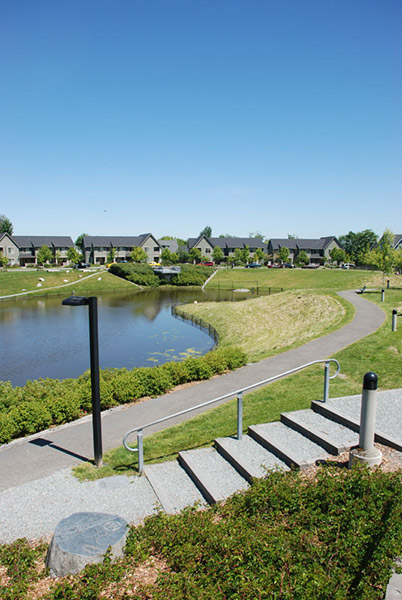 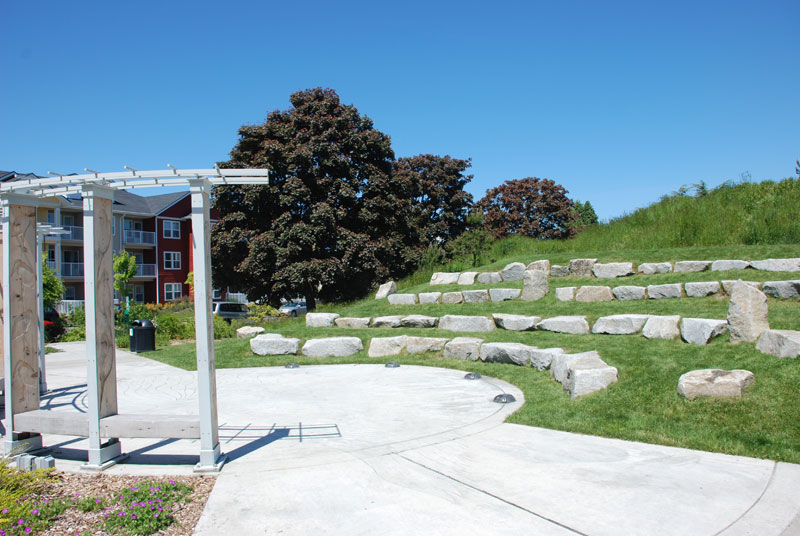 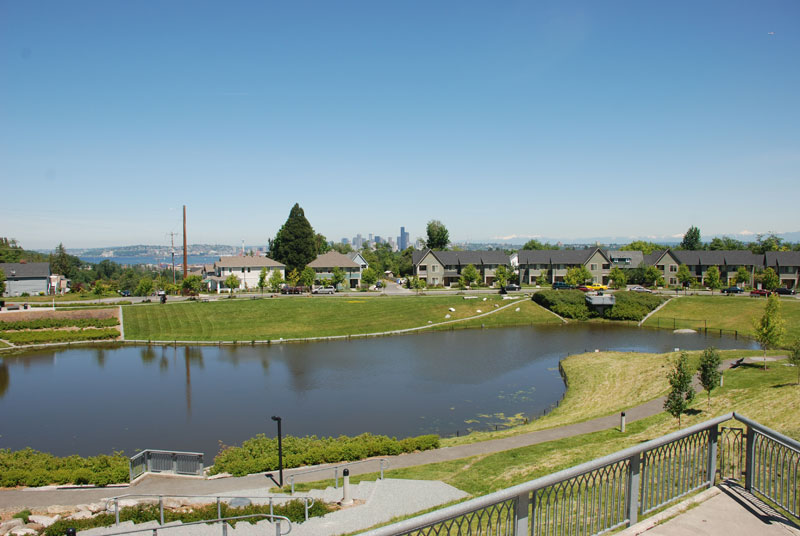 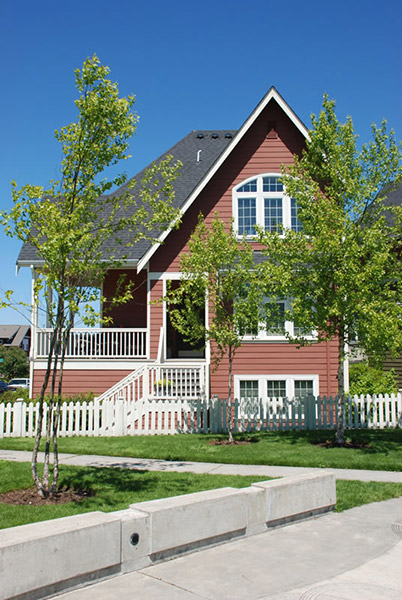 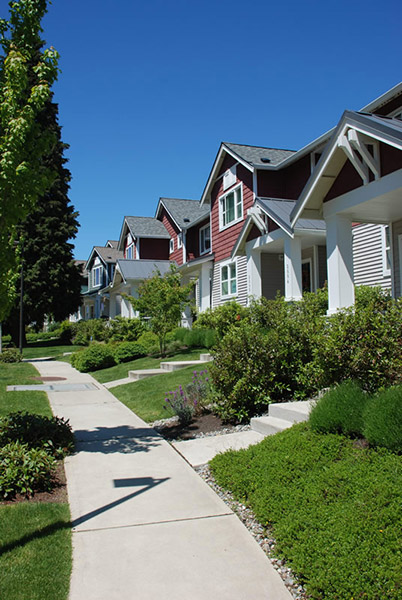 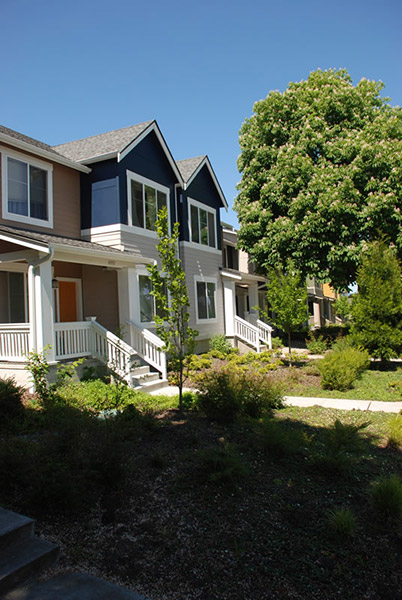 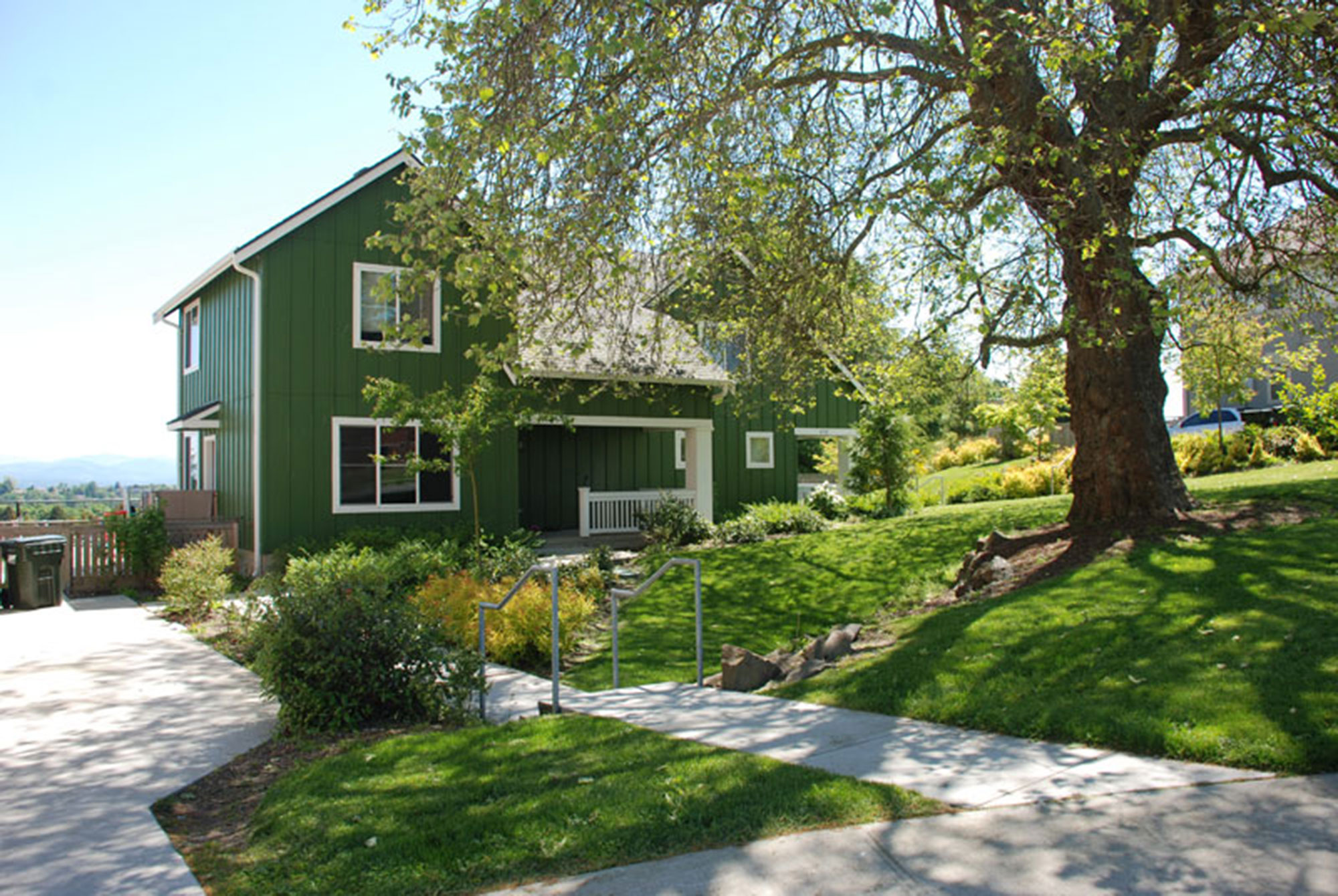 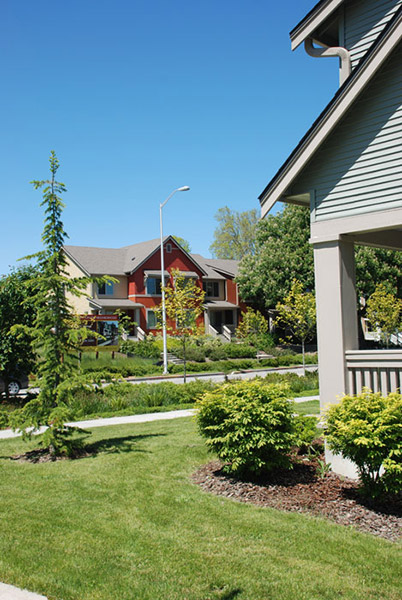 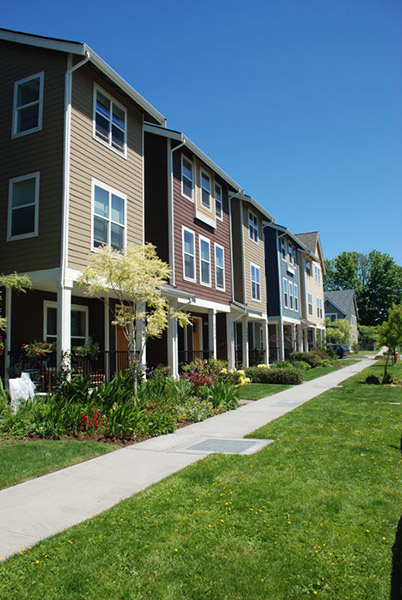 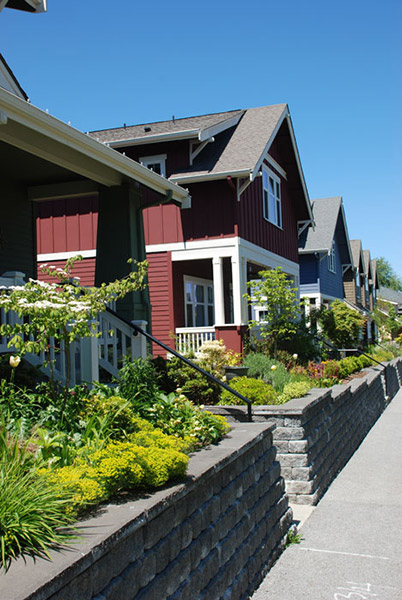 Orcas Island artist Bruce Myers was commissioned by Seattle Public Utilities to reflect High Point's vision of sustainable living. His inspiration was to remind High Point residents that they are stewards of the Longfellow Creek Watershed. His series of artwork begins at the south end of the community with a cluster of boulders that have been cut and polished, giving them a smooth, liquid appearance. He sandblasted different life forms into the rocks to further remind residents of their environmental responsibility.

Along the street curb, bronze sculptural plaques assist in slowing run-off and further emphasize the community's connection to the creek. The plaques are of six different designs, all building on an overlapping raindrop pattern. This same design is rotated, hooked together and vertically affixed to light poles as a visual connection for pedestrians.

At the Pond Park, Myers created steel-plated orca dorsal fins of varying heights and scored the sidewalk in a mesmerizing raindrop pattern, further introducing layers that build on the theme of a sustainable community.