High Point's preserved legacy trees are one of the community's most striking and unusual features, giving the neighborhood a timeless feel rather than an all-too-common, barren "new construction" landscape. The heritage trees at High Point are one of our proudest "green" achievements, and the reward is shade, beauty, and a healthier environment. These large mature trees provide natural shelter from the sun and rain, and improve air quality. 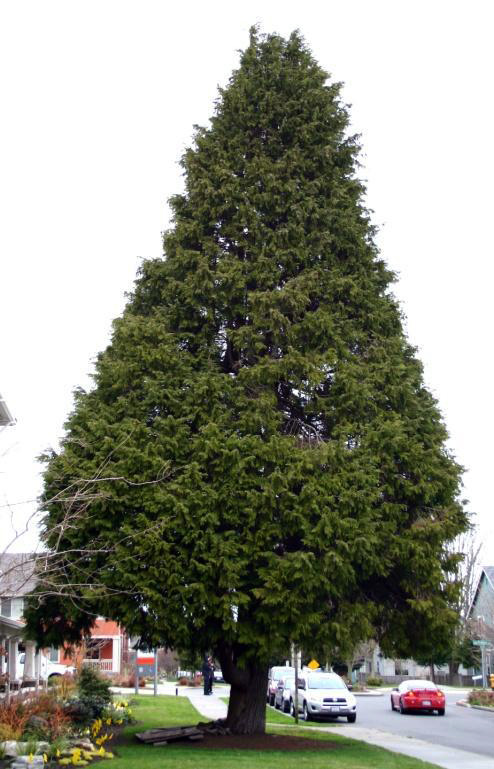 About 100 Douglas Fir, Western Red Cedar and other mature trees were identified by an arborist before the old project’s demolition and deconstruction. During construction, protective fences were placed around each tree, and a prominent sign offered information about the tree, including its value (which would need to be paid if someone on the construction site damaged the tree). This program proved highly effective. Contractors who harmed the trees were fined, and new blocks were painstakingly built around these breathtaking old trees.

The dollar value of each preserved tree in High Point was assessed by a professional arborist and deemed to be worth well over $100,000 for some, with a community-wide total into the millions.

Approximately 2,600 new street trees were also added to High Point as part of the site's redevelopment.

Of those trees that had to be removed, many were milled for reuse on the site. The gate, arbor, and fences at the market garden, which can be seen at the north end of High Point, off Raymond Street, came from on-site trees, for example.

The story behind the preservation of the heritage trees is touching and inspiring.

Ami Pendley, a teacher at Pathfinder School who volunteers at the High Point Community Center, wondered what would happen to the neighborhood’s large older trees when the new homes were built. One of her students had named a favorite tree “Shady,” prompting her concern for these beautiful living legacies. 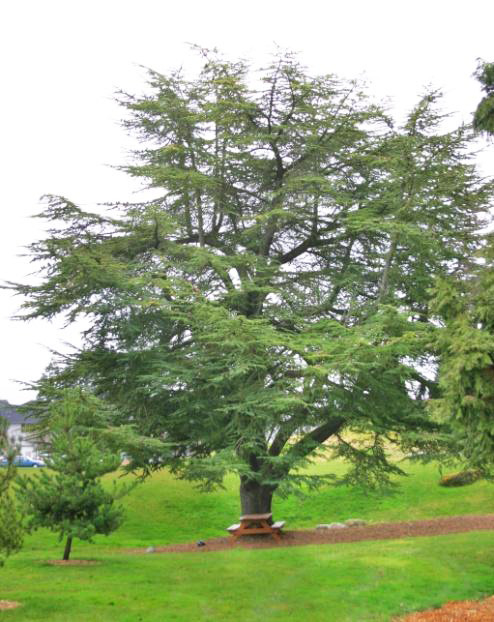 In response, Ami and her students—ranging from second-graders to tenth-graders—began a mission to save the trees of High Point. “Each student chose a tree in the neighborhood to try to save,” said Ami.

She helped the kids gather research on the trees, and then they put together a presentation for the Seattle Housing Authority. Ami notes that the kids developed the presentation, wrote the agenda, and came up with their own questions: “It was completely student-driven.”

During the initial presentation, students read stories they had written to express the “voices” of the trees and shared essays on why the trees were important to them. They also displayed drawings of themselves and their adopted trees.

While this first presentation was received sincerely, half the trees remained slated for removal. The students did not give up. They put together a petition, met with a representative from SHA, and camped out in peaceful protest under a large Sequoia. This time, their pleas worked: most of the trees the students had adopted were designated to be saved.

“Shady” is a Big Leaf Maple, “adopted” by Yordanos, who was in fourth grade when she participated in the project. “It was right outside my house and my friends and I would climb it, hang piñatas from its branches, or use it for a base in games. It feels good that I was able to save it and that they really listened to us,” Yordanos has said.

The mature trees remind residents of the roots of the community, celebrating its past, present and future.