A RICH HERITAGE OF COMMUNITY INVOLVEMENT

Thoughout West Seattle it's not hard to find lots of neighbors involved in make the community a better place to live. Recently the community lost a long time volunteer, Vivian McLean, who worked hard recruiting others to help her improve and enhance West Seattle's Delridge neighborhood. 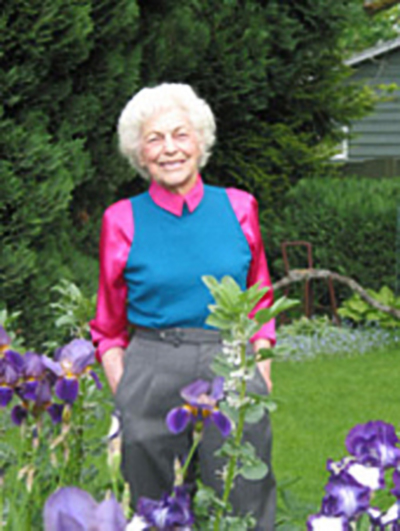 Vivian, her husband and four children moved to West Seattle from Detroit, Michigan in 1948.

Vivian and her family loved living in a community with so many people from such diverse backgrounds coming together to work for common goals. Cooper School was one of the most recent of the many causes she was involved in as co-founder and board member of the Delridge Neighborhood's Development Association.

Like many of her West Seattle neighbors, one of the driving forces behind her activism is social justice. Describing an incident 40 years ago, voiced her disbelief at the intolerance she faced. "My sister and I tried to get the city to build a library here in the late 1950s."

At that time, the neighborhood was comprised primarily of immigrants and steel workers. The city told us, "Those people don’t read", she said, incredulously. But in 2002, a brand new library was built in the neighborhood, along with new affordable housing. The library is aptly named Vivian McLean Place.

Vivian was also the leading force behind the formation of the Delridge District Council, setting up the numerous neighborhood councils that make up the district.

West Seattle continues to thrive because of the legacy of past citizens like Vivian and current volunteers caring forward torches of progress.