A COMMUNITY EMBRACES ITS UNIQUE CHARACTER

As you drive into the neighborhood, you’ll likely do a double take at the dancing statue figures welcoming you. The statues frequently don t-shirts from neighborhood groups, such as the Camp Fire Girls or Girl Scouts.

The pedestrian walkway over the entrance into the neighborhood is also festively adorned with brightly colored, handmade banners proclaiming “Happy Birthday” or “Congratulations” to incoming traffic.

Most West Seattleites embrace the idea that they march to a different, albeit slightly offbeat, drummer. While exploring the neighborhood, be sure to check out some of the things that make West Seattle so unique:

Where else can you browse new and used records and then sit down for a delicious breakfast or lunch of musically-inspired meals, including the Johnny Cash Special, Lou Reed Reuben, and the ever-popular Dolly Parton Stack?

Located in the Junction, this quirky cafe/record store features retro, mismatched furniture, an old billboard and a refrigerator door plastered in bumper stickers, hanging on the wall. 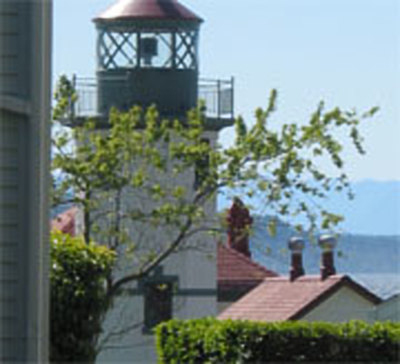 Built in 1913, Alki Point Lighthouse is still maintained by the Coast Guard and has been fully automated since 1984. Although no longer open to the public because of security, historic artifacts from the lighthouse can be viewed at the Coast Guard Museum on Pier 36 in Seattle.

The Colman Pool
Located on the beach in Lincoln Park, the heated saltwater Colman Pool began as a tide-fed swimming hole in 1929. It became so popular that residents began asking for a concrete bottom and sides. The pool took final concrete form in 1941, when Kenneth Colman donated $150,000 to have it built in honor of his father Laurence. Now open during the summer months, the pool offers swimming lessons, water fitness classes and, for the kid in everyone, a giant tube slide.

The Statue of Liberty 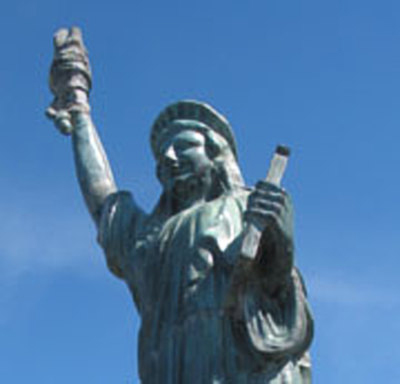 In tribute to the area’s first name — “New York Al-ki” — this seven-and-a-half foot high replica at Alki Point was donated to the park by the Seattle Council of Boy Scouts in 1952. Efforts are underway to give West Seattle’s Lady Liberty, situated in a popular community gathering spot, her very own extreme makeover.