You don't have to be in West Seattle long to pick up on the fact that this is a neighborhood with deep roots. It's a well-known phenomenon that folks who grow up in West Seattle often return to their childhood stomping grounds. 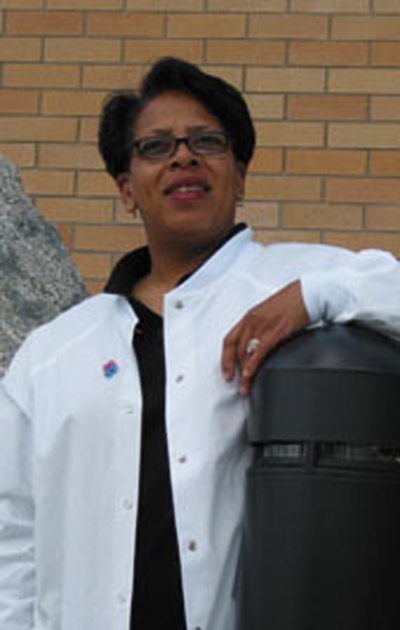 Elizabeth Stubblefield "I care a lot about people and fight for what they need. We’re a lot more alike than different. We all want to be loved. We all want to be respected. And we all want a safe place to raise our families; a place where our children are nurtured and families can connect. For me, High Point can be that place."

Elizabeth Stubblefield has lived in West Seattle since the early 1960s. She grew up in the High Point neighborhood and remembers those years fondly, due in large part to her large family. Elizabeth was one of eight children, her father worked at Boeing and her mother was a stay-at-home mom. "I had really wonderful parents who were always there for us. What I remember most is coming home from school and my mother being there to welcome me," said Elizabeth. "We were very lucky."

She also remembers her friends. "I had a big group of friends. There was always someone to play with and we all felt on equal footing, like High Point was our own private club."

Elizabeth went to High Point Elementary and Chief Sealth High School. Following graduation, she enrolled in Western Washington College, where she met her husband. Today they live in their home across the street from High Point. "I came back to the neighborhood because I'm comfortable here; I've put down roots."

Some of her favorite haunts in the neighborhood include Alki Beach, the Belvedere View Point, and High Point's own hill, where she can survey the view of the water and downtown Seattle. She also enjoys some of the recent developments in the neighborhood, namely, Westwood Village. Even though it has well-known retailers like Target, it is very much a part of West Seattle. "The developers did a good job infusing the area with a true West Seattle flavor. When you raise the bar, you raise the attitude."

In talking with Elizabeth, she continually mentions the older people in her neighborhood who have lived here all their lives. It's then we realize that, for most West Seattleites, the ties to the people are what reinforce their strong ties to the neighborhood. An operations coordinator and medical assistant at the High Point Medical and Dental Center, Elizabeth works with people from all different cultures and walks of life.