THE TREES TELL A STORY

Mature trees grace their neighborhood with both beauty and cleaner air. As High Point takes its place in West Seattle as a fully integrated neighborhood, its beautiful trees have been preserved as a valuable asset. And each of these trees has its own story. 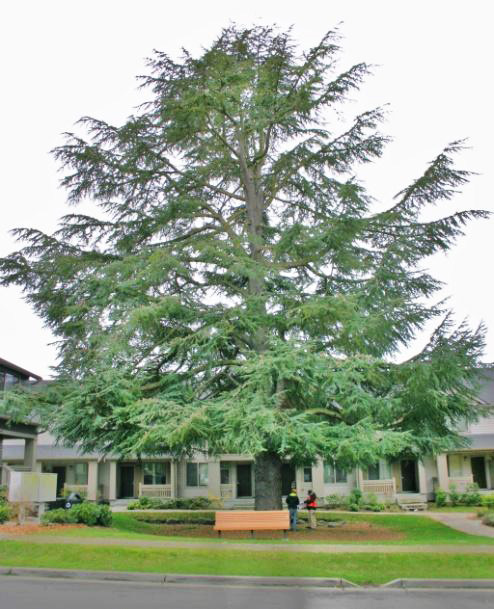 Ami Pendley is a teacher at Pathfinder School who volunteers at the community center. One day she was walking through the High Point neighborhood with a friend, when she pointed to a tree in the neighborhood. "I just casually mentioned that the students I worked with had named it 'Shady'," said Ami. "Then I suddenly stopped and asked, 'What's going to happen to the trees when the new homes are built?'"

That simple question started her and her students on a mission to save the trees of High Point. "The youngest to work on the project was in second grade, the oldest was in tenth grade. Each student chose a tree in the neighborhood to try to save," said Ami. "We researched what types of trees they were and then the kids put together a presentation for Seattle Housing. They developed the presentation, wrote the agenda, and came up with their own questions to ask. It was completely student driven."

For the presentation, the students read stories they had written to express the "voices" of the trees. They shared essays on why the trees were important to them, and displayed drawings of themselves and their adopted trees.

"Everyone in attendance sincerely listened to the students' concerns. Unfortunately, half of the trees were still going to be cut down. So we regrouped, put together a petition, and met with a representative from Seattle Housing. We all sat down under this large Sequoia tree and the students made another plea for the trees. We were pleased to hear that most of the trees the students had adopted were now slated to be saved."

Now, as you wander through the neighborhood, you'll notice the large mature trees still stand. Shady was adopted by Yordanos, who was in fourth grade when she participated in the project. "Shady is a Big Leaf Maple," said Yordanos. "It was right outside my house and my friends and I would climb it, hang piñatas from its branches, or use it for a base in games. It feels good that I was able to save it and that they really listened to us." 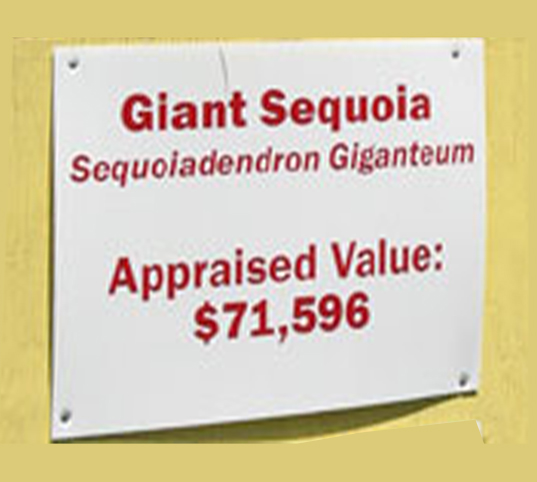 An arborist recorded each tree, giving each a replacement value that went as high as $71,000 for a single tree. Protective fences were placed around each tree, and a prominent sign gave information about the tree, including its value, which would need to be paid, if someone on the construction site damaged the tree.

Of those trees that had to be removed, many were milled for reuse on the site. The gate, arbor and fences at the market garden, which can be seen at the north end of High Point, off Raymond Street, came from this source. The trees are also featured prominently on banners which are hung from light poles throughout the High Point neighborhood.